“All (Wo)men Desire To Know” 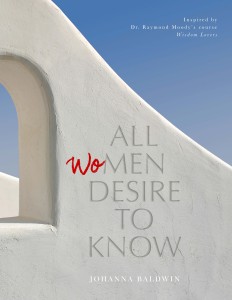 All (Wo)men Desire To Know is a journey of love and loss that takes a woman to the mysterious world of the Ancient Greek Philosophers.  This moving tale of a lover’s grief is a vibrant, poetic, musical portrait of intimacy steeped in Ancient Mysticism.  Baldwin’s courageous, relentless heroine tackles life’s sacred questions through dialogues and spiritual practices from the Founders of Western Thought themselves. Inspired by Dr. Raymond Moody’s course, Wisdom Lovers, Baldwin’s debut novel is unique, surprising and uplifting.

Praise for All (Wo)men Desire to Know
“Johanna Baldwin is a magical and original writer whose unique voice has a gift for making allegory and fantasy surprising and emotionally plausible. Her delicate touch brings freshness to unexpected themes and opens a door to worlds hidden within the every day world.” — Naomi Wolf,
The Beauty Myth
“Johanna Baldwin’s wonderful novel is the most phenomenal story of history by any measure”
— Raymond A. Moody, Jr. M.D., Ph.D.

Her body of work is influenced by her travels and many homes over the years, from her birthplace Dallas to Kansas City, Los Angeles, Paris, London and now New York City. Her greatest inspiration however comes from individuals and their true stories.

Johanna’s debut novel All (Wo)men Desire To Know will be published this spring by Lisa Hagan Books. Her short stories and essays have appeared in numerous publications from The New York Times to The London Evening Standard. One of which, Her Private Serenade, was published in the book: More New York Stories – The Best of the City Section of The New Yor 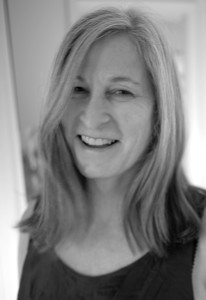 She recently produced the hit documentary series with Doug Liman and Russ Stratton, The uneXplained, for A&E Networks. Her other credits include the BBC ONE film she wrote Venus and Mars, and she produced the television series The Moth the celebrated storytelling series for USA Networks. She coproduced her first feature film with Gabrielle Tana, Someone Else’s America and served as an executive on the international hit film, Sarafina! She’s presently working on a new book and film.