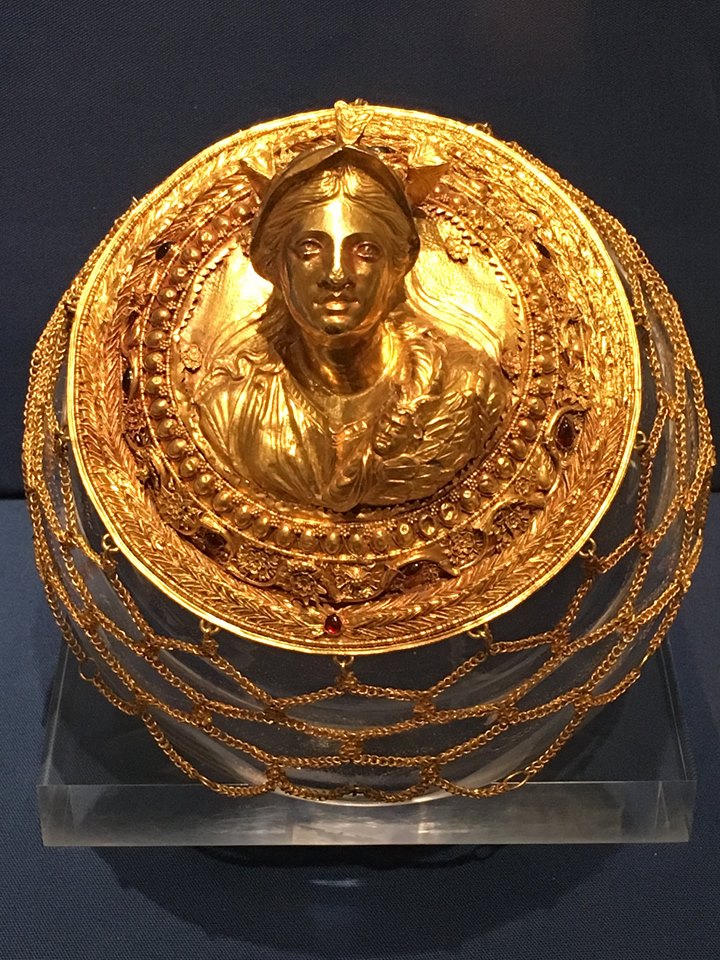 Goddess Athena at the Met

I went in search of one gold coin. Having heard about The Met’s exhibition, Pergamon and the Hellenistic Kingdoms of the Ancient World, I was sure to find what I was looking for. The particular coin I wanted to see was given to the heroine in my novel, All (Wo)men Desire to Know, that takes her on a mystical journey to the world of the Ancient Greek Philosophers. Plato had given my heroine a coin from his pocket to prove there are no true circles, that the edges of coins are imperfect. She examined the ancient coin closely running her fingers along its edges, and then stared at a woman’s image on the face of the coin. It was Athena – Goddess of Athens – with an owl’s open wings and olive leaves that tells the world that Athens is powerful, victorious and peace-loving.

One of my favorite cities is Athens. Yet most of us can’t afford to just jump on a plane and be where we want to be in a moment’s thought. Even with Greece’s current challenging disposition, I yearn for the heat of the city. Last time I wanted to be in Athens, I went to The Met instead, which my partner considers to be his church. The Met has a spiritual quality with all the cultures and languages and art cohabitating together. 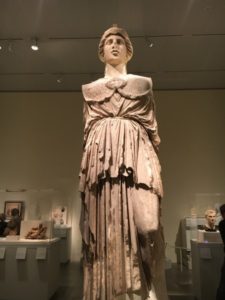 I began my search at the end of the Ancient Exhibition easily finding a glassed collection of eighteen coins. Most of them had images of men on them, although four were images of women. Unfortunately none of them were of Athena. I was a little let down they didn’t have the coin I was looking for, but they did have a fancy golden hair ornament with the most exquisite medallion: a mere four and three-eighths delicate inches dated 2nd century B.C. The Goddess Athena’s beautiful face was more sorrowful than I imagined. I never studied much about mythology but I’ve appreciated all the stories, which I’ve found to be rather conflicting except that: The Goddess of Wisdom, Athena, feels real. Just as real as the medallion that was in front of me. She beckoned me.

After getting lost in The Goddess’ eyes, I moved into another room and saw her again from another angle. A towering, magnificent, fourteen-foot marble statue of Athena Parthenos, ca. 170 B.C. She took my breath away. I closed my eyes and tried to imagine seeing her, back in her day, back in Greece with big blue skies and blazing sun upon her stone features. When I opened my eyes, I learned that in 1880 she was excavated from the Athena sanctuary by a German team and then ‘transferred’ to Berlin. I wondered how the Goddess would have felt to be moved to another country without her permission. On the other hand, maybe the Goddess would be happy that she was on an international tour for the world to see.

Interesting that powerful women back then were mostly ‘mythological’ and yet we know of them, we think of them, we visit them in museums and if we are lucky enough in our lives, we sometimes experience them in Greece. I plan to go back and visit Goddess Athena as often as possible until July 17th when her New York City tour ends. After which, the Goddess returns to Berlin where it’s unlikely we’ll ever see each other again. 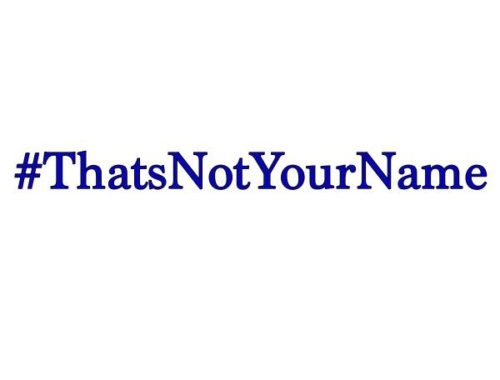 A Day Of Greek Pride In NYC And Throughout The World