Is there life after birth?

Dr. Manos Danezis posted in his page (Manos Danezis) in Greek the “Boy and Girl” story in “Morphogeny”, a book by Pablo J.Luis Molinero. I found it in English. Here it is:

“In a mother’s womb were two babies.

One asked the other: “Do you believe in life after delivery?” The other replied, “Why, of course. There has to be something after delivery. Maybe we are here to prepare ourselves for what we will be later.”

END_OF_DOCUMENT_TOKEN_TO_BE_REPLACED

Why Study The Ancient Greeks?

By Professor Mary Lefkowitz, Andrew W. Mellon Professor in the Humanities at Wellesley College
*Published in the AHEPAN, Winter 2001

My family does not come from Greece, but whenever I return to Greece, I feel as though I have come home. I became a philhellene because when I was in the tenth grade I decided to study ancient Greek. Once I started to study ancient Greek, Ι couldn’t stop. I have never been able to learn enough about it. It’s not easy to explain why I should have become so obsessed with a language and a culture. But perhaps in the course of doing so Ι can suggest why the ancient Greeks deserve everyone’s continuing attention and respect.

Studying Ancient Greek is exciting because it brings you into direct contact with the past. The first Greek text I bought for myself was a copy of the New Testament. The original Greek was more powerful, and made better sense than the translation. But it was not until I began to read Aeschylus and Sophocles in Greek that I found that I could not be happy without studying the language. The poets can say what could not be said or perhaps even thought of in English. There are important grammatical differences. Greek verbs can convey the notion of continuous and discontinuous action, as well as of the timing of an action (past, present, future). They have a middle voice and optative as well as subjunctive. The use of personal endings and grammatical cases allows great flexibility in word order. And there are metaphors that have not survived in English, or in our way of looking at the world.

END_OF_DOCUMENT_TOKEN_TO_BE_REPLACED

This talk was presented February 28, 2005 at California State University, Sacramento at a dinner hosted by the Tsakopolous Hellenic Foundation in honor of California State Senator Nicholas C. Petris

The centrality of the ancient Greeks to the foundations of Western Civilization once was an obvious truth, one memorably expressed by the poet Shelley when he said, “We are all Greeks. Our laws, our literature, our religion, our arts have their roots in Greece.” One hundred and twenty years later, Edith Hamilton agreed, writing in her classicThe Greek Way, “There is no danger now that the world will not give the Greek genius full recognition. Greek achievement is a fact universally acknowledged.”  Yet it took a mere fifty years to prove Hamilton wrong about that universal recognition, for in many colleges and universities today the phrase “Greek genius” is considered reactionary and ethnocentric, nowhere more so than among the professional classicists who are the presumed caretakers of that tradition.

One famous columnist and classicist, for example, scorns the “rather gaga (or Edith Hamilton) idealization of ‘the Greek spirit.'”  Another eminent Classical historian, recently moved from Princeton to Stanford, rejects the “now-embarrassing essentialist fantasies about the ‘Greek miracle.'”  As the sneer quotes around “spirit” and “miracle” show, to these scholars the Greeks aren’t so brilliantly original, and in fact, to many classicists the ancient Greeks are guilty of numerous sins for which they should be held to account.  This attitude, moreover, creeps into the curriculum and textbooks, and eventually shapes the way the Greek heritage is taught in our schools.

The Afrocentrists, for example, tell us that if there is anything good in Greek civilization, it was all stolen from black Egyptians—a double historical lie, as the brave Classicist Mary Lefkowitz has demonstrated.  The feminists tell us that the Greeks oppressed their womenfolk in what one professor calls a “phallocracy,” a regime of sexual apartheid that kept women locked away in dark, dank houses, unnamed and underfed.  Some critics fault the Greeks for keeping slaves, others for constructing the non-Greek “other” whom they oppressed and vilified, still others deny any connection at all between the achievements of the Greeks and Western Civilization, instead considering the Greeks to be just another exotic tribe to be examined with the anthropologist’s eye.

END_OF_DOCUMENT_TOKEN_TO_BE_REPLACED

A great number of terms in modern psychiatry, medicine and related disciplines originate from the Greek, including pathology, schizophrenia, ophthalmology, gynaecology, anatomy, pharma cology, biology, hepatology, homeopathy, allopathy and many others. There are also many terms that originate from figures from ancient Greek mythology (or the Greek words related to those figures) and I think that it might be interesting to take a look at some of them.

Psyche means ‘soul’ in Greek and she gave her names to terms like psychiatry (medicine of the soul), psychology, etc. Psyche was a mortal girl with whom Eros (‘love’, he gave his name to erotomania, etc.) fell in love. Eros’s mother Aphrodite had forbidden him to see mortal girls. He defied her order and started seeing Psyche in the dark, while she was not allowed to ask his name or look at his face. When she disobeyed him and lit a lamp, Eros fled away. Psyche then wandered long in search of him, they were eventually united and, even better, she became immortal.

END_OF_DOCUMENT_TOKEN_TO_BE_REPLACED 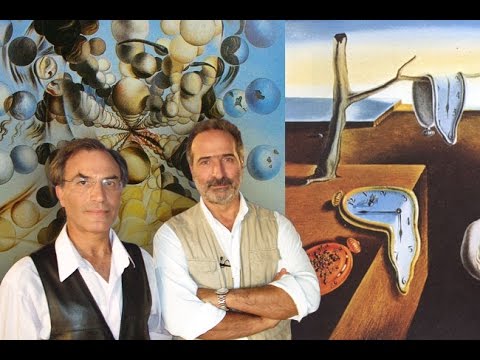 The ancient Macedonian luni-solar calendar, as a result of the conquests of Alexander the Great, became the most widely propagated among all the luni-solar Greek calendars. However, despite its spread, two other calendrical systems were developed and used inside the territory of Macedonia itself during the Roman occupation of Greece. The older one, a luni-solar calendar, used the so-called “Macedonian year’” and started in 148 BC to underline the importance of the victory of the Roman Consul Quintus Caecilius Metellus against Philippus Andriscus, king of Macedonia.

The newer solar calendrical system used the “respectable or Augustian year” bearing its name from Octavius Augustus. Its starting point was the date of the catalytic victory of Octavius over Marcus Antonius and Cleopatra at Aktium (31 BC). In Syria and Asia Minor existed another one solar calendar using the Seleucid era. In any case the ancient luni-solar Macedonian calendar outside Macedonia, survived among the calendrical systems of several Asian and Egyptian cities for centuries after Alexander the Great.

END_OF_DOCUMENT_TOKEN_TO_BE_REPLACED

The relevance of Classic thought in the 21st century

Remarks by Ambassador of Greece, Alexandros Mallias at At “The Dynamics of The Hellenic Language” event, Capitol Washington, D.C., Friday, June 5th, 2008

Lack of symmetry, harmony and geometry in the 21st century world.

Ancient Greeks recognized that man is part of a greater whole, and it is obvious today that the safety of the world rests upon the realization that our fates are intertwined and interwoven; we are all part of a greater whole, which needs balance and equilibrium. This balance requires the blend of harmony, symmetry, geometry and a sense of measure (metron), qualities that the ancient Greeks understood better than anyone.

These qualities are explicit and mirrored in classical Greek sculpture. Ancient Greek statues and temples are all on a human scale, something which shows a profound understanding of man’s proportionate relationship to nature and the cosmos. You only have look to the Parthenon, a structure which embodies these characteristics, regrettably disrupted by the fact that the Parthenon marbles are in the British Museum.